Each year the Lab chooses a theme around which all its sessions are based and a play around which many group workshops are organized. For 2011 the theme is “Exploring the Bigger Picture”Â and the play is The Good Person of Szechwan.

And here begins the first of our eight-day journey into the theater directors’ compendium Directors Lab West.Â  As is typical of the lab, the steering committee has spent the past six months building the sessions and booking guest artists, then in the last month completely re-planning as sessions fall through and artists’ conflicts arise.Â  Lucky for us, we’ve got an action-packed week ahead of us, and with all the theater happenings going on in the month of June, we’ve got artists here in town now coming to the lab whom we couldn’t have booked had it not been for these festivals.Â  We may be competing for the spotlight, but the positives far outweigh the negatives, and a killer week awaits us.

Last year Directors Lab West took residence at Los Angeles Theatre Center in downtown LA as a result of the temporary closing of the Pasadena Playhouse“”the primary home for the lab since its inception in 2000.Â  While LATC was a great change of scenery, being back at the Playhouse feels like returning home after being gone for so long.Â  Of course, none of the participants felt this, and I didn’t even feel it as my involvement only began last year, so to fill us all in on the lab’s history, steering committee members Ernest Figueroa, Kappy Kilburn, Che’Rae Adams, Cindy Marie Jenkins and Jess Bard greeted the fresh faces and kick-started the 12th year of the lab.Â  Outlining our rooms of residence””the library, the loft, the Carrie Hamilton Theatre, and the rehearsal room””the committee spoke briefly on the historical value of these rooms, the Playhouse, the surrounding area in Pasadena and the Lab itself.Â  Before turning simply into a history lesson, pizza arrived, the session concluded and faces were shamelessly stuffed.

(About the Lab phenomenon) “I could have saved a lot of work and just opened a bar.” ““Anne Cattaneo

Following lunch, attendees had back-to-back sessions with two very notable figures of the American theater:Â  Sheldon Epps (artistic director of Pasadena Playhouse) and Anne Cattaneo (dramaturg of Lincoln Center Theater and creator of the original Lincoln Center Theater Directors Lab).Â  Epps provided a wonderful in-depth history of the Playhouse and gave a simplified overview of the events that surrounded the theater’s temporary closing.Â  He recalled the final performance of Camelot when he got up on stage after the performance and declared that the Playhouse was simply at intermission.Â  He was adamant that the Playhouse would soon return. But in the coming weeks, as media from around the country released headlines implying that the theater was closed permanently, he had to fight harder than ever to keep the spirits of his colleagues and audiences alive.Â  Through legal finesse, generous donors and strong will, the Playhouse worked through bankruptcy in record-breaking time and came back stronger than ever.

Anne Cattaneo praised the Playhouse for its speedy recovery and expressed her genuine happiness that the lab has returned home.Â  She spoke about the lab attendees being the future of the American theater and encouraged everyone to attend the sessions that they were least interested in.Â  She described the week as an opportunity for directors to expand their horizons, try new things, find themselves inspired by something they never considered and re-shape how they work from here on out.Â  She also pointed out that things aren’t so different now with theater practitioners working “day jobs” to pay bills as they were once upon a time.Â  This tradition has long been the case, though once upon a time those day jobs demanded 12-hour days and everyone still found it in them to create theater after-hours.Â  Between Cattaneo and Epps, we were off to a great start to a week filled with inspiration and one that will leave us all feeling proud to be a theater artist.

Closing out the night, Michael John Garces of Cornerstone Theater Company got everyone up on their feet and moving around the room for a workshop that required everyone to make decisions (which despite a room of 40 directors, proved difficult for many).Â  We started off sharing something about ourselves that others wouldn’t be able to guess by looking at us.Â  This revealed a string of violent tendencies that we all laughed about but secretly made many of us fear for our lives.Â  Garces went through a series of topics where he would point to the four corners of the room and say things like, “Text.Â  Image.Â  Music.Â  Movement.” and we had to go to the corner of the room we most agreed with.Â  Here was where people started to become incapable of making decisions”¦but eventually everyone would pick a corner and had to then find three things that the group has in common.Â  This proved to be a wonderful first-day ice breaker and get-to-know-you session and really opened the group up to conversation.Â  The evening concluded as Garces gave an overview on Cornerstone and how it works with communities to develop relevant and activating material that then gets turned into large-cast productions””the largest with more than 70 people.

To Be a Kid and Theatre Beyond Theater

Sunday’s first two sessions were a wonderful contrast to the sessions the previous day’s.Â  The first panel was on educational theater and the highs and lows of that work.Â  Kevin Smith and Deb Snyder of Boston’s Urban Improv gave a wonderful overview of their program and the impact it has on kids.Â  Through improvised scenes the students work through real-life conflicts that they find themselves in””situations that are often so difficult that poor choices are made.Â  When a critical point is reached in the improv, Kevin or another person from Urban Improv freezes the scene and asks the students how they would resolve the conflict.Â  Kevin provided statistical evidence that through their workshops, school-wide problems have drastically lowered and students feel empowered enough to speak up for what’s right.Â  Steve Cisneros and Janet Miller of Phantom Projects talked about how they go about producing shows that are directly relevant to a school’s curriculum and provide teachers and administrators a chance for students to connect to their classroom material through the magic of live theater.Â  Alexis Chamow shared her experience in various places where the arts she brought into kids’ lives had a profound and immediate effect.Â  Today’s education system desperately lacks arts representation, and without it kids aren’t free to create.Â  Two hours of heated conversation later and everyone’s brains were reeling with the possibilities within educational theater.

Terence Anthony, Guillermo Aviles-Rodriguez, Joe Luis Cedillo, Carrie Klewin and Alex Scott led a group discussion about theater as a verb rather than a noun.Â  Each is currently in development on creating theater outside of the traditional confines as we know them.Â  Terence Anthony, for example, was representing The Car Plays, a series of 10-minute plays that take place in a car where the actors are in the front seat and the audience (of 2-3 people) is in the back.Â  The plays came about when Moving Arts lost its home but refused to stop producing work.Â  The Car Plays would require only a parking lot where many cars could be lined up and audiences could travel from car to car, experiencing several 10-minute plays in a single evening.Â  This session showed how each panelist has broken through the box we try so hard to think outside of and simply let these alternative theater pieces become the storytelling vehicles (no pun intended) they need to create a compelling story through innovative means.

Sunday concluded with three sessions that broke out of the sitting-and-get-talked-at box. All the labbies headed over to A Noise Within’s new space in Pasadena for its final hard-hat tour, where we were guided around the skeleton of the company’s enormous new space.Â  This new venue will seat approximately 285 people (nearly doubling ANW’s previous capacity) and features countless numbers of logistical improvements to facilitate easier operations.Â  After enough hearing-aid related questions were asked, we all headed back to the Playhouse for some dinner and drinks.

Combining forces with the Los Angeles Female Playwright’s Initiative, we all schmoozed and chatted it up in the festive environment of El Portal.Â  With monster margaritas, a wide selection of hors d’oeuvres, and live mariachi music, the event was quite a hit.Â  This year’s group of directors seemed to be particularly keen on engaging with each other on a personal level, sharing their own philosophies on theater, directing and the sessions we’ve gone through thus far.Â  Now with satisfied stomachs, minds and slightly inhibited motor skills, the group headed across the street for a viewing party of the Tony Awards.

A shout-out needs to be made to one of our interns””Hunter Bird””who happened to have a projector lying around in his car.Â  Were it not for his projector and quick thinking, media for sessions earlier in the day and an ability to view the Tonys at night would not have been possible.Â  He and I worked to get the projector set up, old-school bunny ear antennae extended to catch the signal, and had a particularly fun time playing around with the circuit breakers, trying to get the correct lights in the Playhouse’s rehearsal room to turn on.Â  By 8 pm, though, everything was set and the group arrived to enjoy the televised broadcast of the Tony Awards.Â  While we’re on the topic of interns, big thanks goes out to Helena Geefay and Rowen Haigh, our other two interns who have done everything from facilitate check-in to answering senseless questions from participants to making runs for coffee-breath-combating Altoids.Â  They get the honorary Directors Lab West Tony Award for unwavering service to this year’s lab and commitment to making it the smoothest running lab to date.

Directors Lab West is a forum that brings theater directors together with peers and seasoned professionals for an opportunity to collaborate and grow together as artists. Directors Lab West is modeled after the Lincoln Center Theater Directors Lab in New York City. Like its NY counterpart, the Lab is a series of discussions, working sessions, panels and symposia with some of the nation’s and region’s leading directors, playwrights, designers and other theater practitioners. DirectorsLabWest.com 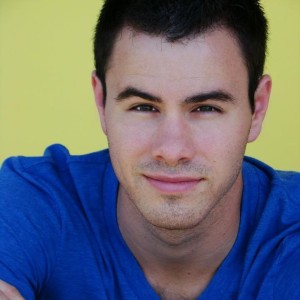